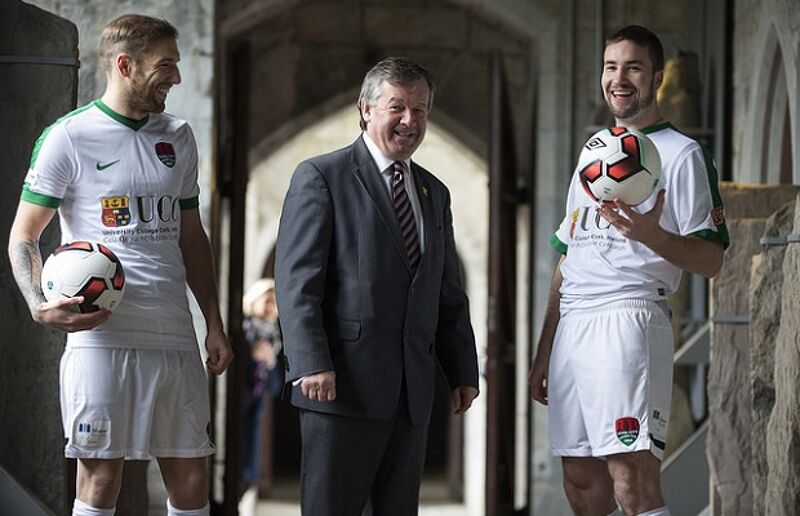 The Law lecturer from UCC may not be a household name to many outside of the League of Ireland or Cork City but Seán O'Connaill's influence has been monumental.

Starting in 2004, as a law student alongside Pat Shine, he drafted a potential constitution for Cork City which included a section on the educational values of the club.

Speaking to extratime.ie, O’Conaill explained how the model was based on a charter written by Northampton Town and it was only when FORAS took over the club in 2010 that their vision was put into practice and retains a slot on the club’s AGM agenda.

From approximately 2010 until 2013, there was an informal scholarship programme established for Cork City players who wished to continue the education on Leeside while playing at Turner’s Cross.

Students at University College Cork (UCC), Cork Institute of Technology (CIT), Coláiste Stiofáin Naofa or St John’s College who were also contracted to Cork City could apply to the club for assistance with educational fees and approximately 20 players benefitted.

However, by 2013 the nature of the relationship between the club and local third level institutions took a more structured approach with closer relationships being formed with UCC: the club’s use of the Mardyke Arena for training being a prominent example.

Similarly, there are now career advisors available to players, while there is a link person in each of the aforementioned educational institutions to assist any players.

At secondary school level, the club has a visible presence in the community through assistant manager John Cotter’s weekly coaching sessions at Nagle Community Colleg – a former student of the school is Preston North End’s Alan Browne while Cork City under-17 midfielder Daniel Djomo is a current pupil.

O’Conaill himself is the link person for UCC and he explained how the system currently works on Leeside.

Every under-17 and under-19 Cork City player, along with their parents, must attend an open evening in UCC where they receive presentations from UCC regarding the access routes to the college and other third level institutions, as well as from local FAI/ETB coaches including former Cobh Ramblers boss Dave Hill, former Cork City manager Tommy Dunne and current Cork City coaches Liam Kearney and Billy Woods.

(For more information on the FAI/ETB course please see my article with Mike Schlingermann).

O’Conaill hails the success of the FAI/ETB courses as many of the coaches can speak from real life experience on the importance of having an education while the fact that it’s a QQI recognised Level 6 qualification allows progression to a Level 7 course in a university.

Current Cork City defender John Kavanagh is a recent graduate of the course held in Cork, while a similar Level 6 course exists in Coláiste Stiofáin Naofa – a route that the heroes of two of Cork City’s FAI Cup successes (messrs Mc Nulty and Denis Behan) took to further their education.

While a somewhat informal link still exists between CIT, Coláiste Stiofáin Naofa, St John’s College and Cork City, where students still apply to the club for a scholarship, with UCC each applicant must send a written application to the college and provide a report on their studies at the end of the college year to O’Conaill.

Typically the average number of scholarships provided by the club is five per year and the scholarship, which is usually given to members of the under-19 team, is reviewed annually to ensure that standards of academic success are being achieved by the student as well as progressing their soccer career.

In the words of O’Conaill: “We are supporting students to be able to do both [degree and football career] professionally”.

O’Conaill hails the potential impact Brexit may have upon the League of Ireland, especially concerning the transfers of youth players – in the future players will have to be at least 18 years of age before they can transfer to a club in the United Kingdom.

“It will be a huge opportunity for the league but will have its challenges,” speaks the experienced voice of a man who has been at the centre of change several times previously – FORAS was established in difficult times and has continued to grow successfully over the past decade.

Could England’s difficulty be Ireland’s opportunity in developing the national underage leagues in tandem with the education levels of young footballers?