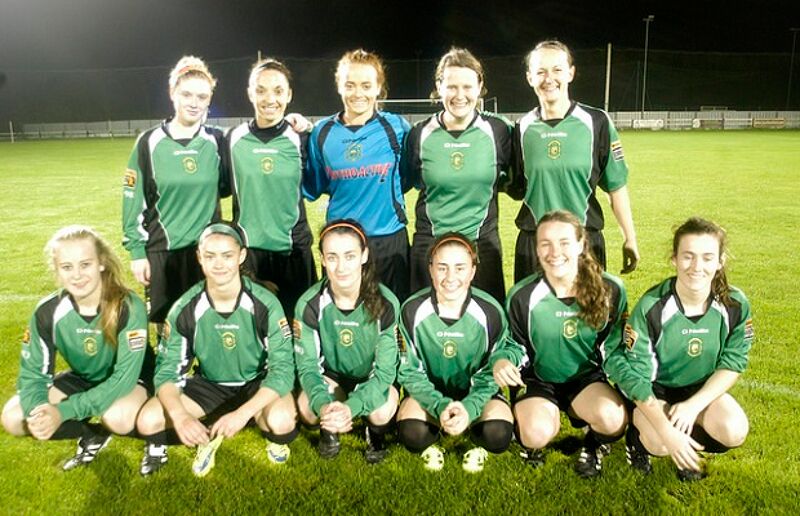 Former Monaghan United defender James O'Callaghan has a unique perspective on the importance of education in the Women’s National League (WNL) as he combines his management of Peamount United with the running of Women’s soccer in Maynooth University.

The Kildare university has strong links with both St Patrick’s Athletic and Peamount and players from both clubs, though not exclusively these clubs, are attending the college on Sports Scholarship programmes.

In some cases – once the applicant has achieved over 300 points – the scholarship can be worth an extra 60 points and is awarded after an interview. Different levels of scholarship are offered dependant upon ability.

O’Callaghan, speaking to extratime.ie, explained how the average age of players in the WNL is younger than in the male equivalent. Therefore, it’s much more common to have many players in the league still engaged in third level education.

As such, the standard in the Women’s Soccer Colleges Association of Ireland (WSCAI) is at a very good level. The Dubliner, who led his team to second place in the WNL last season, explained how the pathway for women often involves progression through under-17 and under-19 international squads before joining a WNL club.

However, the WSCAI provides a standard of soccer which allows students to play, with the intention of joining the WNL in the future.

The importance of college football when it comes to representing the Republic of Ireland Women’s National Team (WNT) was also highlighted in an interview with the FAI’s Mark Scanlon, who referenced Amber Barrett who captained her country at the World University Games – managed by Colin Bell – before being selected by Bell for the WNT’s autumn fixtures.

Another issue raised by both O’Callaghan and Scanlon was the fact that both men and women should be afforded the same opportunities with regards to scholarships and facilities. As O’Callaghan reinforced: “Women put in just the same effort as men and should be given the same chances.”

The WNL is less than a decade in existence and every year the standard is improving. The hope is that the level of education with also rise accordingly – unlike its male counterpart, many of the WNT ply their trade in Ireland and have been or are currently involved in scholarship schemes through colleges such as UCD, IT Carlow, Maynooth University.

The opportunity is there to carve out a successful league or international career while simultaneously preparing for the end of playing days with a third level education. As O’Callaghan points out: “If you’re not ready for the WNL after under-19s, then college football keeps the development pathway open and I’d encourage people to stay in college. It’s a good path.”

O’Callaghan ended the conversation on an upbeat tone about the WNL by describing the potential of the league to develop even further, without a huge financial outlay from potential stakeholders.

The WNL is a developing league and provides a great potential for developing a career both on and off the field – one only has to look at the current successful under-19 and senior WNT to see its importance and how an education for a future career can be developed in sync.

More information on the Soccer Scholarship in Maynooth University can be found here.

Information about Peamount United can be found here.