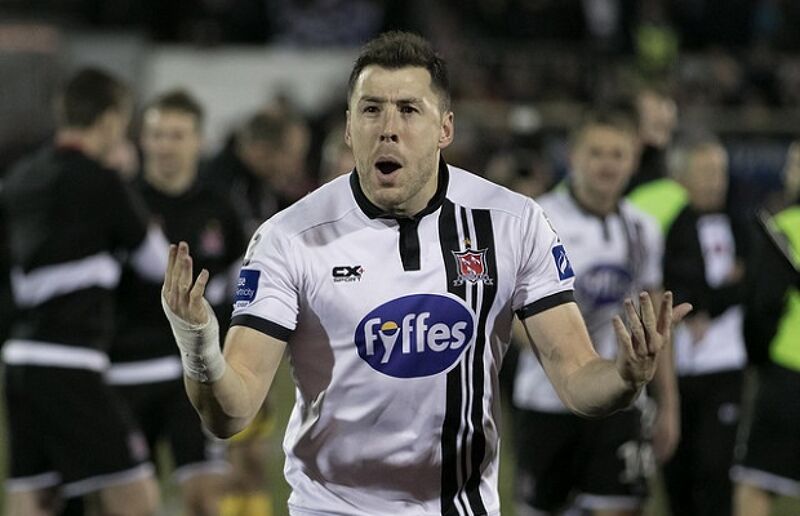 Multiple league-winning centre-half and business entrepreneur Brian Gartland has been a familiar face in the League of Ireland for the past decade.

His career has encompassed time at Bray Wanderers, Shelbourne, Monaghan United, Portadown and Dundalk. However, off the field his career has taken a somewhat more unusual journey.

Undeterred at not succeeding in achieving a sports scholarship, he enrolled on the sports management degree course in UCD in 2004 and played for Bray Wanderers under-21s, this prevented him from representing the college in any soccer competition.

While in second year, Brian signed for Shelbourne and combined the commencement of his senior League of Ireland career at Tolka Park with his studies at Belfield and this continued the following year when he joined Monaghan United and finished up his third year of studies to earn a degree.

Following the completion of his formal education, the Knocklyon native was approached to coach some after-school basketball lessons. Having skippered Coláiste Éanna to All Ireland victory at under-16 level and been offered trials with the national underage team, Brian had volunteered to coach the local Community Games team earlier in his career.

So coaching of soccer or basketball was a logical journey to take alongside his fledgling football career. In addition to his degree, he also completed a course in personal training, which allowed further scope for developing his off-field career in the future.

On the field, he had swapped the League of Ireland for the Irish League as he joined Portadown – where, incidentally, he formed an impressive central defensive partnership with former Dundalk centre half Garry Breen – and commuted from his Dublin base throughout the week.

This he combined with a recently acquired administrative post in Littlewoods. A combination of over four years pounding the roads northwards to either Gortakeegan or Shamrock Park, plus the confinement of his daily employment, led the defender to make a number of life changing decisions.

Speaking to extratime.ie, he talked about how he “didn’t want to travel any more” and had offers from Dublin based clubs. “The office wasn’t for me so I set up my own business coaching basketball.”

The decision to become an entrepreneur was available to Brian because of the experience in Business Management gained through his UCD degree while also spending a decade coaching. After a number of years working on his own, Brian Gartland Basketball (www.bgb.ie) is seeking to expand in the near future and employ a number of extra coaches.

The central defender is a key member of one of the most successful defences in the league over the past five years and, asked how the Europa League campaign of 2016 affected his business, he spoke of how the basketball had to take a back seat: “football always came first, it was hard juggling it.”

A year later, and now a full time professional soccer player (more a change in title than anything else as Gartland trained daily throughout his career) and business owner, it shows the importance of taking the time to combine education and a soccer career to allow decisions to be made about your future.