Kilduff departs Dundalk after signing with NASL side Jacksonville Armada 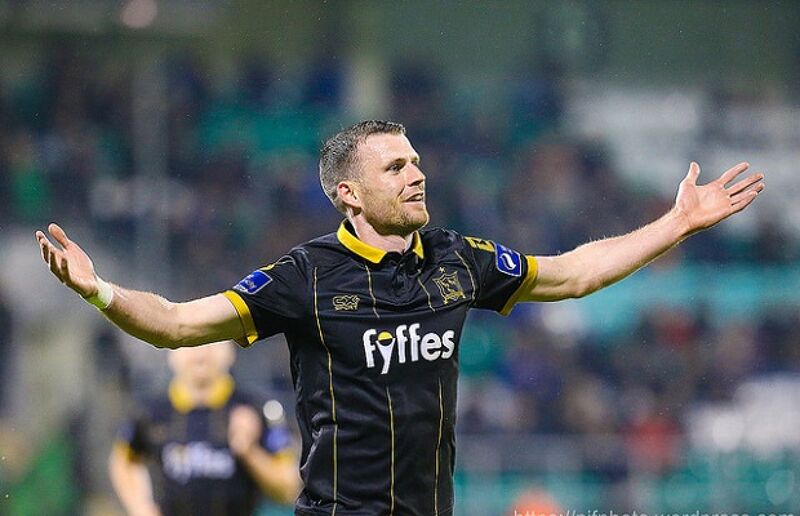 Dundalk have confirmed the departure of 29 year old forward Ciaran Kilduff as he takes up a position in the United States with NASL club Jacksonville Armada.

Kilduff has had a steller career playing in the League of Ireland, playing with Shamrock Rovers and UCD in his early days with a loan spell to Kildare County coming in 2008.

Kilduff left Shamrock Rovers in 2014 after a loan spell with Cork in 2013 to join rivals St Patricks Athletic.

Playing only 13 times for the Saints he again would make another move this time to Dundalk in July of 2015 for an undisclosed fee, Kilduff enjoyed a fruitful spell with Dundalk scoring 31goals in 82 appearances.

The striker claimed two league titles and an FAI Cup at the club while he also played in Dundalk’s Champions League and Europa League outings. He scored his first goal for Dundalk in a 1-0 over Bray Wanderers on July 31st 2015 and has been a vital asset for Dundalk up until his last goal three weeks ago scoring a crucial header in a 1-0 victory against Bohemians.

Speaking to dundalkfc.com, the 29 year old reflected on his time at Oriel Park: “It has been the best two years of my football career. There’s no other way to describe it. It has been the best dressing room, the best staff, best management team that I have been involved with. I have had some really great moments personally, individually and collectively as a team with the club. I have had some bad moments as well with some injuries too. It was eventful along the way.

“I am just really happy to have been a part of something which has been so great. There was so many great nights and moments for us. To be part of it is something that I will always be proud of.”

“I enjoy scoring goals! It is something I feel I have been good at. We have all had massive goals in us in the squad. As a front man playing in that team you are always going to get chances and in fairness I have had a lot of great last ditch goals, last minute goals but they were shared throughout the team.

“I think people will look back in years to come, look at this group, even the ones who are still there now and realise that this was a very special time to be a part of Dundalk FC. It still is.

“Me as a man I have been able to get some big winners but every player who has played for the club in the last five years will have moments they will look back on fondly. I have my own fair share of those as well as everyone else. “

“It’s a sad time for me as well. There is no one else in Ireland that I would rather play for. This opportunity has just fallen into my lap and it’s something that really interested me and my family.

“I hope it works out for me but I wish Dundalk nothing but success from the people working away in the offices every day to the people who are helping out on the pitch and on match nights. “

“Dundalk has been an amazing story in Irish football in the last five-six years from where they came from to where they are now. I am just so happy and proud to have been part of it.

“There was a few firsts last year alright…I was probably the first person to break their back playing football for Dundalk! But there are a few reasons I’ll be remembered. I am so proud of those two Europa League goals and proud of some of the league goals that I have scored too.

“David McMillan’s goals against BATE will be remembered as well so it’s a collective thing.

“The goal against AZ Alkmaar to equalise in the Europa League and then the goal against Maccabi Tel-Aviv to get the first group stage win on my birthday. You couldn’t make it up!

“They are magnificent moments for me personally and it give great joy to many people.

“I am so grateful and thankful to the club for giving me those opportunities.

“I had come from St. Patrick’s Athletic two years ago and my career could have been different in other ways but I was so grateful for Stephen Kenny to have faith in me to bring me to Dundalk, I had a few injuries and whatever.

“For me, I will always look back at this as the greatest two years in Ireland.

“When my daughter gets a little older and gets to school going age things will have to change so I felt that this was a ‘now or never’ situation for me. Football in America is taking off. I am going over there to grasp it and try to further myself.

“I see players like Richie Ryan and players like that who have bettered themselves and furthered their careers.

“There is so much over there, so much room for progression over there. It’s not something I have taken lightly at all.

“It’s a lifestyle change and it is something that I have been open to for a while. It has just fallen for me at this time. It ticks a lot of boxes for me and I am excited to get going. “