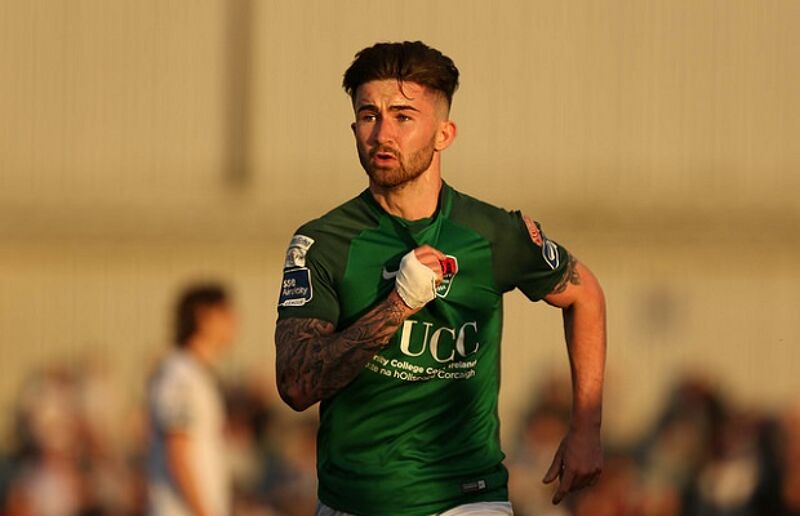 English Championship side Preston North End have confirmed this morning that Sean Maguire will join the club at the end of July.

The English club have agreed an undisclosed fee with Cork City to take the 23-year-old striker across the Irish Sea and join up with Simon Grayson's relatively large Irish contingent already at Preston. He has signed a three year deal in what is his second move to England.

The former Waterford player earned a move to West Ham United in January 2013 at the age of just 18. His two and a half year spell with the Hammers saw him go on loan to Sligo and Accrington Stanley and ended with him being released in the summer of 2015. A short contract with Dundalk followed before he signed for John Caulfield's Cork City, where the forward has refound his confidence.

The announcement comes just as the mid-season break begins and after Sean Maguire scored a hattrick in a fine performance as Cork beat the Lilywhites 3-0 at the home of the champions. The excellent solo performance from Maguire earned him his 16th league goal of the season and also almost definitely ends Dundalk's faint hopes of catching runaway leaders Cork.

Maguire's fine form this season has only confirmed for many his talents and abilities. He has scored 19 goals in 20 games this season, which is an improvement upon the 29 goals he scored in 43 competitive games during 2016.

Those performances earned him the PFAI Young Player of the Year as well as a place in the PFAI Premier Division Team of the Year. His current season's performances as well as this move will certainly increase his chances of a call-up to the Ireland senior squad, and both Martin O'Neill and Roy Keane will surely have been impressed by the Kilkenny man's exploits last night at Oriel Park, as both were in attendance.

Although Cork are losing their star player, John Caulfield is happy with the deal and also with the fact the Rebels will be able to hold onto Maguire's services a bit longer.

“He has been scoring goals, his work rate is phenomenal and we know he’ll continue to do that in the rest of his time here."

“Whilst you never want to lose a player of Seani’s quality, we are delighted to have worked with Preston so that he can remain with us until the end of July."

It likely means Maguire will be available to Cork at the beginning of their Europa League campaign, where he was top goalscorer last season for the club with three goals. He should be able to take part in both the first and second qualifying round of the competition, as long as Cork can earn their place in the second round.

Whatever happens with Cork's European adventure, Maguire will play his last game for Cork during the month of July, before he begins his exciting new career with Preston for the 2017/2018 Championship season, as a more mature, prepared and eager-to-succeed young man.