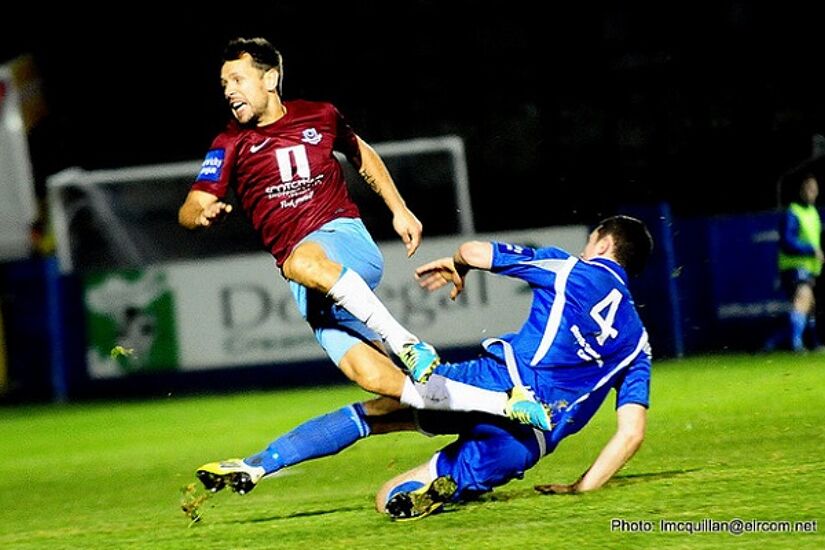 Injury-plagued Finn Harps will be hoping to build on last week's 2-0 victory over rivals Derry City with a win over the out-of-form Drogheda United on Friday night.

Despite Drogheda currently being on a bad run of form, Harps manager Ollie Horgan isn't underestimating the quality Drogheda gave, pointing out that the Boynesiders have beaten St. Patrick's Athletic and Shamrock Rovers this season.

“Drogheda have a lot of quality in their squad with the likes of Sean Thornton, Ryan McEvoy and the Brennan brothers Killian, Gavin and Sean. And when they click they are well capable of defeating even the likes of Dundalk,” Horgan said.

Harps picked up three further injuries in their EA Sports Cup defeat to Sligo Rovers on Monday with BJ Banda, Packie Mailey and goalkeeper Harry Doherty all now ruled out of the game against Drogheda. They join Danny Morrissey, Ciaran O'Connor and Jonny Bonner on the sidelines.

The injury worries don't stop there for Harps who have a further list of players doubtful for the game in the shape of Eddie Dsane, Paddy McCourt, Ciaran Coll, Barry Molloy, Gareth Harkin and Caolan McAleer.

Horgan is hoping some of those listed doubtful are able to play a part on Friday night. If not, a number of players who featured in the cup defeat to Sligo on Monday are on standby.

Sean Houston and Killian Cantwell will return to the starting 11 with Sean McGlynn and under-19 goalkeeper Lee McCarron also likely to be in the squad.

Drogheda United put to an end a six match losing streak when they beat Shamrock Rovers at United Park two weeks ago.

However, they were dealt a setback last week as they lost 3-0 to Limerick, with manager Pete Mahon described the performance as their worst of the season so far.

Drogheda were two goals down after just seven minutes and Mahon told the club website it could easily have been much worse.

"We were absolutely dreadful. I think Limerick took it easy on us after scoring the third goal as it could've been much worse."

"The players know that any kind of a repeat performance like that will be completely unacceptable,” Mahon said.

Mahon pointed out that Harps have been able to do something his side haven't done of late, pick up results even if their performance wasn't a good one.

"They're doing really well so far and they're a physical team to play against. I think Harps have that knack of picking up results even when they haven't played particularly well and it's something we can learn from," Mahon said.

In team news, Drogheda welcome back Gavin Brennan and Marc Griffin who have both recovered from injury but Lloyd Buckley and Killian Brennan remain sidelined.

Captain Sean Brennan is also suspended following his red card against Shamrock Rovers while both Thomas Byrne and Eoghan Dempsey are on international duty.

These sides last met at the quarter final stage of the 2013 FAI Cup. A 1-1 draw at Finn Park saw the tie go to a replay at United Park where Drogheda United won 2-0 thanks to goals from Declan O'Brien and David Cassidy.

Drogheda currently have the worst goal difference in the league with -10, having scored just eight goals and conceded 18. Meanwhile, Harps have a better record, having managed to find the net on thirteen occasions in nine games, conceded fifteen in the process.