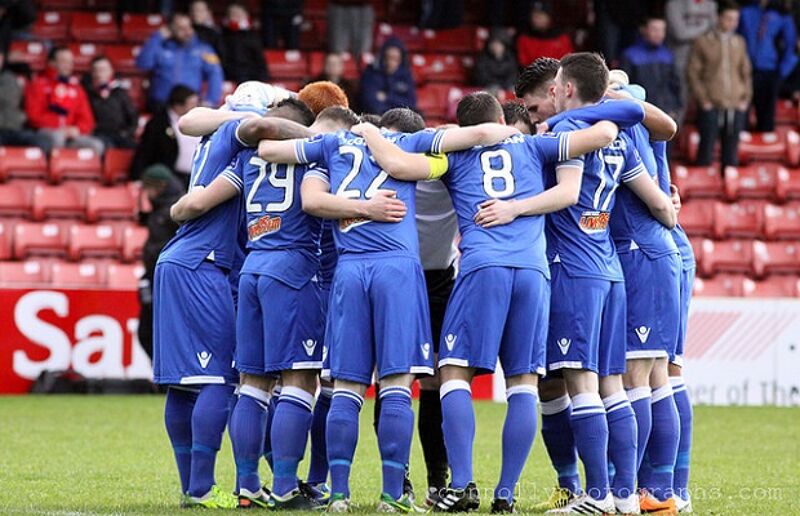 Former English Premier League midfielder Willie John Boland has today been confirmed as the interim manager of Limerick after the departure of Martin Russell on Monday morning.

The former Coventry City player’s first task will be an away trip to Richmond Park this weekend to take on an in-form St. Patrick’s Athletic side.

Boland, who re-joined the Super Blues only a year ago as academy director after a short spell as a player in 2010, today spoke about the last few days and the challenges he faces as interim manager.

“I think the lads have a good platform to go on and do well in the coming weeks,” said the Limerick native.

Boland expressed his initial surprise at the sudden departure of Russell on Monday, but he now wants to focus on the task ahead.

“Initially it came as a bit of a shock. I was in UL on Monday morning and I know that Martin and the board were sitting down for their meeting.

“I went away home having done the stuff that I needed to do here. I got a phone-call to ask if I could come back out and that’s when I learned that Martin had departed.”

As Limerick look for their next permanent management team, it was has been confirmed that Martin Russell’s backroom coaching staff will remain in place for the foreseeable future.

“After a meeting with the club and the staff, it was decided I would take over on an interim period with Joe Gamble [strength and conditioning coach] and Eddie Hickey [goalkeeping coach] in their current roles as well going forward into the coming game against St. Pats.”

The midfielder, who also had spells with Cardiff City and Hartlepool United, built up a reputation throughout his career as a tough-tackling and battling leader on the pitch.

Boland believes that he approaches his coaching roles in a different manner, however, as he looks forward to Friday night’s clash with Liam Buckley’s ninth placed St. Patrick’s Athletic.

“People would say I’m a little bit different from a coaching point of view. I’m not as abrasive. I will put my points across but I feel that the players at this moment in time that there’s a good bunch of lads there.

“We’ll do our best to get them prepared for that and get them set up for that game, going up there with a positive attitude to go and get a positive result.”

Boland has built positive relationships across the club with management, staff and players throughout the different levels represented and is now currently involved in many of the underage teams, including the under-19 side.

He believes that his experience and knowledge of Limerick FC will help him in his new temporary role.

“I think it’s an obvious scenario to look within in the interim period. People are in there and familiar with the players.

“Whereas my role as Academy Director would be more focused on the underage groups. I am familiar with the players obviously. I’ve been to games, and I’ve come out to training from time to time.

“We’ve conceded goals in areas where we made mistakes, if we can just cut out those mistakes I think the lads have a good platform to go on and do well in the coming weeks.”

Russell’s departure so early in the season may have come as a shock to many supporters of the Munster based side, but with a busy fixture list ahead Boland remains focused on facing each challenge as it comes.

“My sole focus at this moment in time is looking at the St. Pats game and getting the boys prepared for that game.

“We’ll concentrate on St. Pats, we’ll get through that game with a positive result hopefully, and we then concentrate on the Drogheda game. Once it gets closer to those games we’ll look at them a bit more closely then.”

Limerick travel to Dublin on Friday night to take on St. Patrick’s Athletic with kick-off at Richmond Park at 7.45pm.