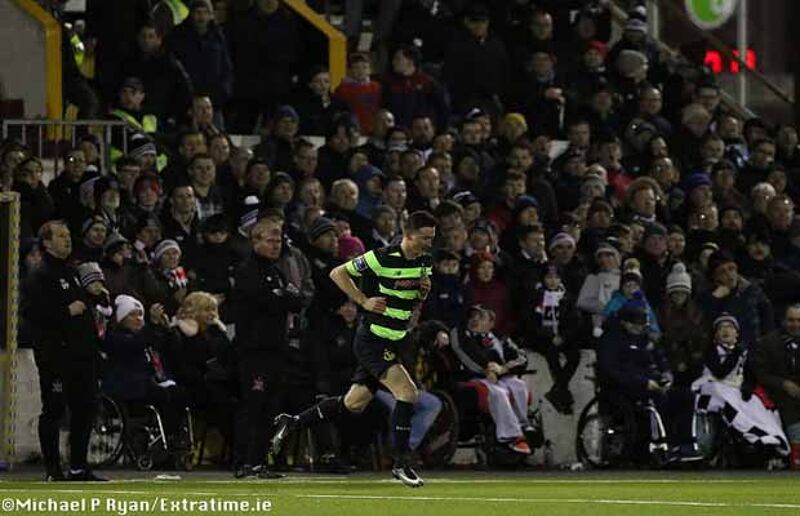 It’s been a few months since I’ve had to sit down and write about League of Ireland attendances, but this weekend marked the return of the 2017 season and, with a pot of coffee in hand, here we go again.

Firstly, a word of thanks to all the home clubs from Gameweek 1. All ten attendances below are official and were supplied almost immediately on request.

So how did Gameweek 1 go? The total number of people who ventured to League of Ireland on the opening weekend was 17,040. This is down on 2016 (19,123) and 2015 (18,113) but it’s important to point out that three of the four highest attendance grabbing home clubs from 2016 were playing away from home. The best way to gauge the opening weekend is club by club.

Dundalk’s home game against Shamrock Rovers drew a crowd of 4,746 which represents 28% of the overall Gameweek 1 attendance. This game was also shown live on eir Sport. The impact of TV coverage here clearly not affecting the turnout. Comparing to the 2016 season, it is better than all Dundalk’s home league attendances last year and would have been the second highest figure for the season overall.

Limerick’s return to the top flight meant a clash with Sligo Rovers and 2,357 people turned up to watch the Super Blues fire five past the Bit o’Red. This attendance was 767 higher than their best from the 2016 season.

Over to Dalymount Park and Bohemians saw 2,170 punters watch as Derry City put four past the Gypsies. Looking back on the 2016 season, this would rank as their best attendance if you were to remove the two Shamrock Rovers clashes.

In Eamonn Deasy Park, Galway United slipped to a 1-0 loss to Drogheda United. 2,113 turned up which, compared to last season, would rank as their second highest attendance, and almost a thousand more than their season average from 2016.

The positive trend continues as you move to Finn Park for the encounter of Finn Harps and Cork City. The crowd of 1,845 is over 600 greater than their 2016 season average and would rank third if compared to that season’s home games.

St Pats may have lost in Inchicore but their gate was a winner, with 1,722 turning up. Their season average last season was 1,097 and this figure would have ranked as their third highest home gate that season.

Moving into the First Division, Shelbourne got their campaign underway with a home draw against Longford Town. 779 was the official tally which would have been their second highest crowd if compared to 2016 and 227 higher than their season average (552).

As we move to the South Dublin derby of Cabinteely versus UCD the pattern continues with the 662 who ventured to Stradbrook ranking as their second highest when compared to 2016, 310 greater than their season average.

Athlone Town’s 1-0 win over Waterford will have brightened up their supporters weekends. 326 turned up to watch which would have been their best crowd of 2016 and double their season average from that year.

The last game of the weekend was a Saturday afternoon game (3pm kick-off) between Cobh Ramblers  and Wexford which ended in a draw. 320 was the official figure, which was below last season’s average but the club have changed the traditional kick-off time which could have had an impact on turnout.

If you just looked at the total Gameweek figure you’d say it’s down on previous years but that doesn’t tell the story of the weekend. Nine out of the ten clubs registered a greater than average crowd figure from 2016 and in many cases had a top three turnout if compared to that season. The real test will be how Gameweek 2 will fare now that the excitement of the opening weekend is over. Can the home clubs next week continue the trend of above average turnouts?

Next week sees home games for Waterford, UCD, Wexford, Longford Town, Derry City, Shamrock Rovers, Drogheda United, Cork City and Bray Wanderers. You can check out when and where those games will be taking place on our Next Fixtures page.

The full set of 2017 Gameweek 1 attendances are below: