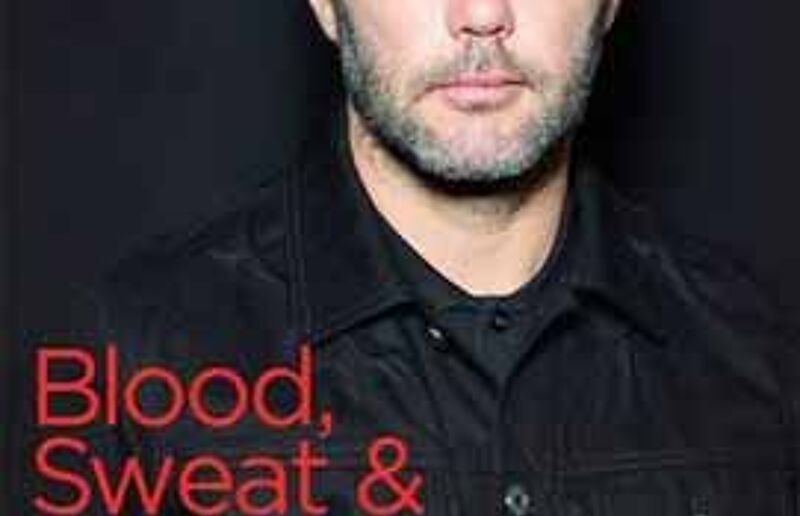 Like many other sports fans I love a good autobiography. I’ve read them all, from Brian O’Driscoll to Steven Gerrard to Pep Guardiola.

So when I bought Jason McAteer’s new autobiography Blood, Sweat and McAteer, I wasn’t expecting too much from it. Before I had even opened the book I was expecting another self-centred and self-indulgent book about how great of a person and footballer the author was.

I couldn’t have been more wrong if I tried. By the time I finished the book (I read it in ten hours) I thought to myself: wow, finally a book that is honest, a book that tells the truth about what it is like to be a footballer and what it’s like for some players after they retire from the game; the loneliness and helplessness they feel.

Irish fans know McAteer as a bit of a joker, and he says himself in the book he lived up to those personas. Unlike many, McAteer, a young lad from the Wirral in Liverpool, didn’t have it easy when it came to football. In fact, he was 21 before he signed his first professional contract with Bolton Wanderers, after agreeing to play football in Ohio.

His rise up the ranks at Bolton was meteoritic: two years after signing his first professional contract he was playing international football against Russia for the Republic of Ireland, and he made the Irish squad for the 1994 World Cup. Against Italy, McAteer talks about nutmegging Roberto Baggio. He also tells the story of how, along with Gary Kelly and Phil Babb (the three amigos), he pinned comedian Brendan O'Carroll to the ground one night and cut off his pony tail.

After returning from the World Cup, it was all to change for McAteer, Bruce Rioch had left Bolton to become Arsenal manager and Kenny Dalglish had come calling to sign him up for Blackburn Rovers along with Alan Stubbs. During the meeting with Blackburn his agent Ian Rioch (Bruce’s brother) received a phone call from Liverpool and, much to the distain of Kenny Daglish, McAteer signed for Liverpool for £4.5 million.

He had finally realised his dream of playing for his boyhood team. He goes on to describe playing for Liverpool, scoring his first goal in front of the Kop and the fallout from the doomed partnership between then-manager Roy Evans and new manager Gerard Houllier, and how the relationship ruined Evans' love of football. His decision to leave Liverpool for Blackburn Rovers, he said, left him in tears.

Things didn’t improve for McAteer at Blackburn. His new manager Brian Kidd, he said, wa- a good coach but not a good manager and when he was sacked and replaced by ex Liverpool great Graeme Souness, McAteer thought the good times were about to roll.

But like his time under Houllier, McAteer fell out of favour with Souness and forced to move away from Blackburn, even after he scored that goal to put Ireland through to the 2002 World Cup in Japan and South Korea. And we all know what happened in Saipan.

At the time I was half aware of what had happened between Roy Keane and Mick McCarthy but I was ignorant to the bad blood between the pair of them, ignorant to the liberties Keane took when on International duty with Ireland and ignorant as to how he portrayed himself to the other members of the Irish team.

After reading McAteer’s version of the events in Saipan, Ireland in my opinion were better off without Keane in the team and the flack McCarthy suffered after Keane left was unwarranted and unnecessary.

I’ll finish off this particular piece by mentioning McAteer's battle with depression. This is the part of footballers lives we fans rarely get to hear about. And in fairness to McAteer, he was open and frank about it all, he spoke with brutal honesty about wanting to end his life on a number of occasions to what brought him back from the edge.