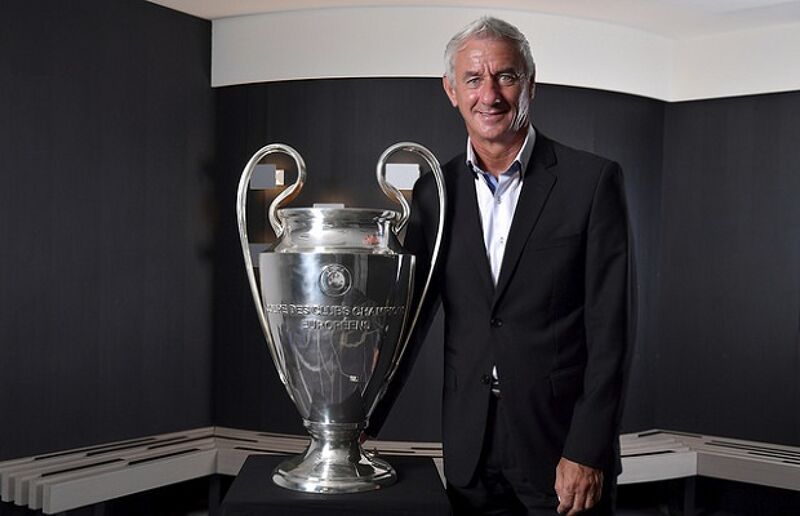 In light of Dundalk's recent European adventure, a review of a book chronicling the greatest exploits of all League of Ireland clubs in continental competition seemed appropriate. Paul Keane does an excellent job documenting ten such memorable occasions in his book Gods Vs Mortals.

The author sets the scene for each of these ties magnificently, creating a valuable document for football and League of Ireland historians in the process. He includes some legendary tales from domestic football in this country - for example, the story of former Athlone Town 'keeper Mick O'Brien breaking a crossbar - while his interviews also unearthed some excellent anecdotes.

One such tale involves Alfie Hale meeting George Best in an unexpected place. The pair had faced off once before in the clash of the Uniteds, Waterford and Manchester, in 1968. Their second meeting took place some time after they had met in the European Cup, with Best already in the midst of his sad decline, playing non-league football at Dunstable Town while Hale was lining out for Cork Celtic.

"I met him in the corridor before the game and we looked at each other," Hale told Keane. "He says, 'What are you doing here?' I just turned and said to him, 'What are you doing here? Whatever about me, I'm entitled to be here, it's Dunstable against Cork Celtic.' He was the one who shouldn't have been there. He was one of the game's greats. It was a sad situation when you saw that waste of talent."

Though Best didn't officially get on the scoresheet over two legs against Waterford, he did produce one magic moment typical of him at his peak in the first leg at Lansdowne Road. He embarked on a trademark mazy run and left a number of Blues players trailing in his wake before burying Peter Thomas in the Waterford goal from 20 yards.

However, this was ruled out because Denis Law was offside. By today's rules, the goal would have stood as he wasn't interfering with play. Johnny Mathews, another Waterford player from that day, recalled the moment with particular clarity, telling Keane that Best, as he was jogging back, said,"Jesus Christ, that's about the fourth fucking time he's robbed me of a goal this season."

Also included in this book is the story of Athlone Town versus AC Milan in 1975. The Town famously held the Rossoneri, featuring future Republic of Ireland manager Giovanni Trapattoni as part of their backroom staff, to a scoreless draw in the first leg of their UEFA Cup tie at St. Mel's Park. While that result was incredible, it is not the most famous thing about this tie.

John Minnock had cost Athlone £2000 from Charlton Athletic and was renowned for his dead ball ability. It was his free-kick against Cork Hibernians in the final game of the 74/75 season which secured European football for the Midlanders. So when Athlone earned a penalty at home against Milan, there was only ever one man who was going to take it. However, his effort was uncharacteristically weak and was easily saved by Enrico Albertosi.

Alongside the leg break he sustained against Bohemians at Dalymount Park some years prior, this miss must have ranked as the lowest point in Minnock's career. Yet, as time has passed, so too, perhaps, has the pain. The stick, though, comes as regularly now as it did back then, with Minnock telling Keane about a particularly good jibe he heard in a bar while talking to a friend from a betting shop.

"He was pointing out the name of a horse in the paper and I said, 'Wait 'til I put my glasses on.' There were two army fellas sitting at the counter," explained Minnock. "One of them said to the other fella, 'It's a pity he hadn't the glasses on when he took the penalty against Milan!' It was good banter. In fairness, how could you answer that?"

Upon reading the book for the first time, of particular interest to this writer was the chapter on Shelbourne versus Deportivo from the 2004 Champions League third qualifying round, this being the only game from Gods Vs Mortals which I can say I attended myself.

At the time, I was 14 and unfamiliar with the League of Ireland and knew more about Deportivo and their star players such as Jorge Andrade, Juan Valeron and Albert Luque.

This was a team which had reached the Champions League semi-final just months beforehand, losing to eventual tournament winners Porto who were then managed by a certain Jose Mourinho. To get to that stage, Dépor had overturned a 4-1 first leg defeat to the holders AC Milan in the quarter-final thanks to a 4-0 hammering at the Riazor.

Ahead of the meeting with Shels, Luque had been linked with a move away having scored important goals for the A Coruña side since arriving from Mallorca in 2002. In Gods Vs Mortals, Owen Heary recounts a series of conversations he had with then Reds boss Pat Fenlon about the Spanish striker.

"I remember a few days before the game and Pat saying, 'I don't think Luque's travelling over. I think Barcelona are buying him for €18 million or something'," said Heary. "I went, 'Ah grand.' Then when the game got close, Pat says, 'He's after travelling. He's on the list but I don't think he's going to play.' Then, on the the day of the game, 'He's playing.' I'm like, 'Cheers Pat, thanks for telling me!'"

Luque barely got a look in as Shels turned in the performance of their lives to hold Dépor to a scoreless draw in front of 24,000 people at Lansdowne Road. Of Heary's performance against Luque, Fenlon said: "Owen was well able for him." By the end of that first leg, it wasn't Valeron 14-year-old me was chattering about either, as the performance of another talented attacking midfielder had caught my eye: Wes Hoolahan.

What has been reproduced here are just snippets of the extensive reviews Keane gives to each of the ten games he has selected. As well as those already mentioned, chapters are dedicated to Shamrock Rovers v Manchester United (1957); Limerick v Real Madrid (1980); Dundalk v Tottenham Hotspur (1981); Bohemians and Shelbourne v Rangers (1984 and 1998 respectively); Galway United v Groningen (1986); and Derry City v Benfica (1989).

Having been released in 2010, Gods Vs Mortals came just too early to include mention of Shamrock Rovers' historic run to the Europa League group stages one year later. It also excludes the Hoops' memorable tie with Juventus which took place during the year of the book's release, where legendary Italian striker Alessandro Del Piero donned the Rovers jersey he received from Gary Twigg after the second leg in Modena.

With Rovers and Dundalk turning in some of the most impressive performances of any League of Ireland side in Europe in recent years, as well as the other games which didn't make the cut for Gods Vs Mortals, maybe it's time for a follow-up edition? In any case, this book is a must read for all fans interested in the game and its history in this country.

With thanks to the author, Paul Keane, for sending me a copy of Gods Vs Mortals in April 2015 when I was having trouble tracking it down. Paul can be followed on Twitter: @keanepaul11.