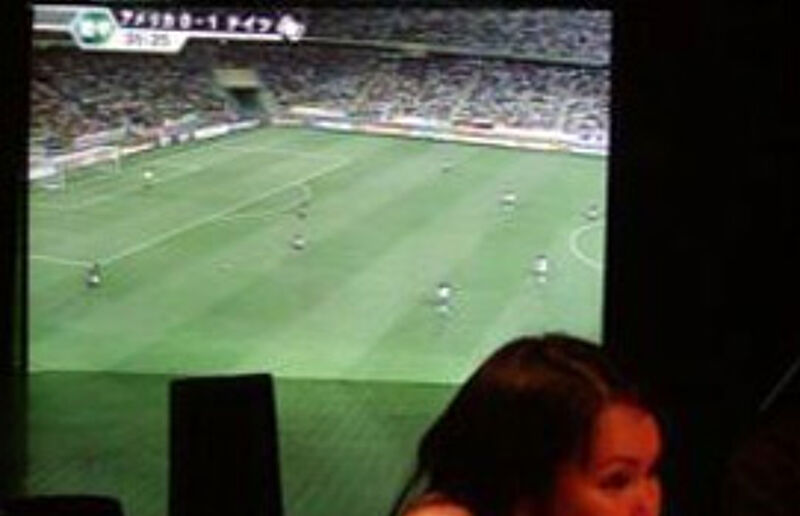 It was quite apt that I picked up this book, Jean-Phillipe Toussaint’s Football, on my first day in Paris for EURO 2016. We have a tendency to measure time through football tournaments. The cyclical nature of European Championships and World Cups are a handy way of looking back on time.

Toussaint approaches this piece of work looking at his experiences at the last five World Cups as he meanders his way through reflections on the game and captures moments that inherently makes so much sense to those of us who ever wondered why we love the game.

He begins by saying, “This is a book that no one will like, not intellectuals, who aren’t interested in football, or football-lovers, who will find it too intellectual. But I had to write it, I didn’t want to break the fine thread that still connects me to the world.”

Toussaint, a Belgian prose writer, is not your usual football fan. He has no history of doing the traditional trip to the stadium as a young boy, hand held by their Father nor does he have a local team that has taken his loyalty from birth.

But his emotional affinity with the Belgian national team is glaring and the World Cup remains a constant thought despite whatever life events may occur. He is also a tremendous writer, with works such as The Bathroom leading him to be identified as one of “French Literature’s most distinctive voices.”

Toussaint opens up his musings looking at characteristics of the game with perspectives on stadiums, childhood, the trophies, jerseys, seasons and wonder amongst other more abstract pieces.

Though left field at times, his observations capture the real spirit and great elements of the game. On the idea of football as a perishable good, he correctly states: “Football does not age well. We never watch repeats of old football matches on television.” However he goes on to say that “from the perishable product that it was, it becomes timeless and retains the status of a myth or legend.”

His connection between the game and time is fascinating. We are “in a cocoon of time, preserved from the wounds of the outside world” while we are watching a football match. Following this he reminds of us of the vulnerability of the disasters that have happened in the game, one of which was in Belgium. “Nothing can happen to us at a football match... Football, while we are watching it, holds us radically at a distance from death.”

His trip to the World Cup in Korea and Japan is wonderfully nostalgic. He talks about his love of the Japanese fans, the warmth and friendliness they brought to the game, and spotting another Belgian isolated in the terraces whilst feeling the need to embrace him when Wilmots scored a spectacular scissor-kick.

Having attended my first World Cup in 2006, his capturing of the little moments that make a tournament of that nature so special is brilliant. Moments he experienced like that of watching a game in a noodle bar in Japan on a tiny screen that reminded him of being in tiny café in Siena watching the 1978 World Cup final between Argentina and Holland really bring to sight the immediacy and relevance of the game.

Towards the end of the book, Toussaint’s Father dies and, being left in a moment of crisis during the summer of 2014 and the World Cup in Brazil, he retreats to isolation in his home in Corsica with the sole objective of writing and working. Despite the isolation, he finds the need and the urge to delve into the world of live streaming to bring him back to the one constant, the World Cup.

He survives a thunderstorm and a power cut to capture the last few moments of the semi-final penalty shoot-out between Argentina and Holland on a battery-powered radio.

We’ve all done that scramble, whether it is in a foreign country looking for a bar to show a match, or trying to find some sort of method of streaming a game online that is taking place on the other side of the world.

It’s that essential feeling which Toussaint creates that is relevant to football-lovers everywhere whether they be intellectual or not.