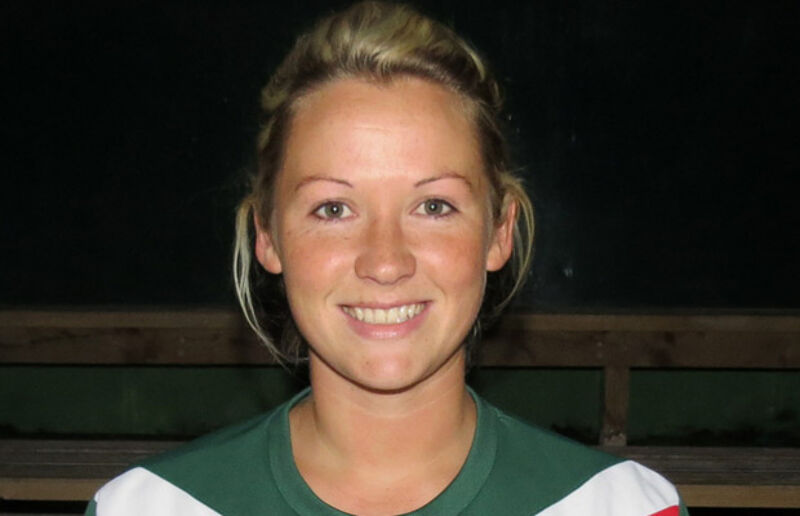 City had started the game well and were unlucky not to be ahead after three minutes when strong pressing from Evelyn Daly and Katie McCarthy forced a loss of possession in the Kilkenny box but they just about managed to scramble clear as the ball was bouncing towards goal. This was followed up quickly by a Barbara O’Connell long-range effort and a Mary Barrett header that Jenny Russell managed to claw the ball out of the corner to keep the scores level.

However, against the run of play – the hosts took the lead. Eimear Fennell picked up the ball in midfield and evaded Angie Carry’s challenge before slipping Jenny Clifford in on goal, the striker didn’t need a further invitation to knock the ball past Trish Fennelly and send the Kilkenny crowd into raptures. City fought back and Stacey Paul saw her goal-bound effort stopped after Katie McCarthy had won the ball in the box, before Ciara Desmond had a goal ruled out correctly after Zoe Murphy just couldn’t keep it in play.

After the restart, O’Regan made one change with Maggie Duncliffe coming on for Angie Carry and the side switching to 3-5-2. It paid almost instance dividends when barely five minutes into the second half, Evelyn Daly was hacked down on the edge of the box by Sylvia Gee and Stacey Paul stepped up to dispatch the ball into the bottom corner to draw the visitors level. Kilkenny had barely kicked off again when they found themselves behind, City winning the ball deep before Daly was released down the right hand side and her cross was spilled upwards by Russell and Maggie Duncliffe was on hand to tap home.

The hosts fought back with Gee releasing a stinging effort that Fennelly managed to parry out before Ciara McNamara tided up the loose ball. Jenny Brennan then flashed a header just wide from a corner. City almost grabbed a third goal when a poor kick out from Russell was seized on by Duncliffe but the keeper managed to scramble back to put it out for a corner. Kilkenny had a huge chance just before the end of the game when Ally O’Keeffe flicked a ball around the corner and Clifford raced onto it but her final effort was weak and easily gathered by Fennelly to allow the Leesiders hold on for the win.

“We’re delighted to see Kilkenny join the league – it’s great to see the competition go from strength to strength every year.  Kilkenny will be a difficult place to go this season for any side, so we’re absolutely delighted with the win and those all important points on the board.

“All we wanted today was to start the league with a win and three points, and that’s exactly what the team delivered. As a group it was brilliant to get the win and the manner of the victory is especially pleasing is the way in which we got the points - to come back from a goal down and to win the game 2-1 showed the character and belief we have developed.”