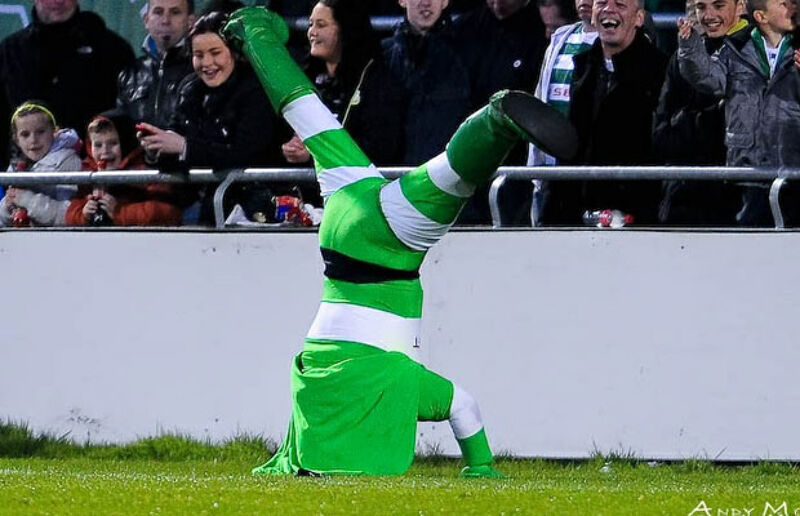 As the New Year arrives, the Shamrock Rovers reserve team’s arrival as the new addition to the Airtricity League’s First Division continues to cause debate. The announcement that the Hoops’ B-team will play in the second tier of the League of Ireland was made just prior to Christmas and was met with criticism in certain circles within the league.

Rovers will now be able to give valuable game time weekly to the bulk of their first team squad, with three outfield players and one goalkeeper from their Premier Division squad available to play in their reserve team games. It also means that Rovers First Division opponents will likely face various strength teams over the course of the season influencing the promotion race, even if the Hoops’ B team are ineligible for promotion themselves.

The Director of the Airtricity League Fran Gavin stated that the addition of Rovers to the First Division roster “is not unusual in a European context as this is the norm in countries such Spain, Germany, France, Norway, Holland, Switzerland and Portugal.”

Looking across those countries Gavin listed, each league has different arrangements for their reserve teams. However, like the rules for Rovers, no league allows promotion of reserve teams to the top flight and in recent years B teams have been confined to league games only and not cup competitions.

Spanish clubs can have reserve teams play as high as in Liga B but only under-23 players, or under-25 players with a professional contract, can switch between senior and reserve teams. The Barcelona B team has won the third tier in Spain on four occasions. In Germany and France, reserve teams are not allowed into the second tier of their respective leagues. The set-up in the Bundesliga means there are separate squads for the first and reserve teams and players cannot move between squads during the season. Those squads are typically, but not exclusively, made up of under-23 players.

Borussia Dortmund’s team play in the 3. Bundesliga while Bayern Munich’s reserve side, Bayern Amateure play in the league one level below that. Bayern’s reserve team games are played in the club’s historic Gruenwalder Stadium (where in the 1966/67 European Cup Winners Cup Shamrock Rovers were seven minutes away from knocking out the eventual winners). Their “Amateure” team has developed a number of players for the current Bayern first team including captain Philip Lahm, vice-captain Bastein Schweinsteiger and striker Thomas Mueller.

Porto, Benfica, Sporting, Braga, Maritimo and Guimaraes all have B teams in the Portuguese second tier. Their squads must contain ten players who have come through the club’s youth academy and they can include three players who are over 23 years of age.

Similar to the set-up for Rovers’ reserves, in Holland second teams can field a maximum of three outfield players who are older than 23 but players who have played 15 or more games in the same season for the first team are not be eligible for the reserves any more for the rest of the season.

In Norway, reserve teams from Premier Division clubs can only be promoted as far as the third tier of their league, providing a one division buffer between teams from the same club. Only three players over the age of 21 are allowed play in their reserve team at any time. Clubs such as Rosenburg, Molde, Brann and Tromso all have teams in the Second Division, which is the Norwegian third tier. In Estonia, FC Levadia’s reserve team has won the second division six times since 2006 with Flora Tallinn, who Shamrock Rovers beat in Europe in 2011, runners up three times in that period. Squads are made up of mostly under-21 players.

The idea with all these teams is that they are development squads, providing valuable competitive game time for younger players. Nobody will be expecting for Rovers to unearth the new Lionel Messi (who played 32 times for the Barca B-team) but they will be hoping to bring through players into the first team over the coming seasons.

The calibre of Shamrock Rovers first teamers who will drop down to the First Division team at the start of the season is open to debate. The opening months of the campaign will see Rovers, in addition to their Premier Division fixtures, also playing cup competitions most weeks (Setanta Sports Cup, Leinster Senior Cup and EA Sports Cup). Trevor Croly will likely be selective in what players he will release for the First Division league fixtures during that time.

However, as the season progresses and with no European football for Rovers, there will be opportunities to add strong players to the Hoops’ First Division squad. If Rovers had such a team in 2013, towards the end of that campaign, Croly would have been able to release a high quality quartet such as Barry Murphy, Derek Foran, James Chambers and Eamon Zayed.

With the signing of Kieran Marty Waters on New Year’s Eve by Rovers, their first team squad currently has 16 players and is likely to increase to 20 before the season starts.  No players have yet been announced for their First Division playing squad nor has a manager been confirmed with (Shamrock) rumours centering on Colin Hawkins or Martin Russell being hired to manage the B-Team. The FAI will announce the Airtricity League First Division fixtures in January.